A very pleasant, flat walk, suitable for all. Start at the car park next to the roundabout on the A465 in Resolven, heading up the Neath Valley. The walk along the Neath Canal has a number of locks tracing their way through the valley. The canal was built in the late 18th century to transport materials from the valley's early industries and mines. Linking to the Tennant Canal at Aberdulais Basin, the canals were the primary form of transportation until the coming of the railway in 1851. Sympathetic restoration work over the years has provided a combination of historical interest with the abundant wildlife often associated with canals. The area inspired Alexander Cordell, forming the background to his book 'Song of the Earth', the third in his 19th century Welsh trilogy. Once the Lime kilns have been reached 4 kilometres to the north, take the time to explore the fantastic surroundings before you return to the starting point.

Wildlife Watching: Look out for the colourful Emperor Dragonflies darting over the water, Greater Spearwort with its large yellow flowers and Kingfishers perching on branches. 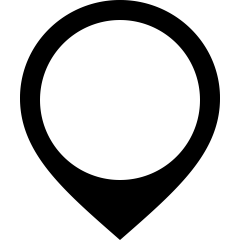 An attractive circular walk that passes by two ruined farmhouses, Nant Herbert, and Lluest, along...

Starting at the Dove workshop, take your time to explore the beautiful surroundings of Banwen...

This is a very pleasant circular walk through woods and meadows, passing the sleepy hamlet...